We HAVE to start changing how we think, speak, and act when it comes to hunting! I recently spent time out on the range with our inaugural ‘Hunt it Forward’ participants, Emily and Adrienne. 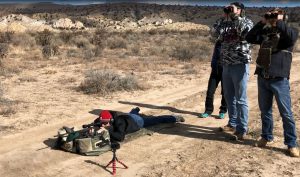 The two of them came with vastly different backgrounds and skill sets. There is, however, one thing that they had in common. They both have never been hunting before. That’s the idea behind ‘Hunt it Forward’, take adult participants who have never been hunting before and teach them how. This is by no means a new idea. In fact I have seen several states such as Oregon and Alabama where programs have been implemented that target the introduction of new adult age participants into hunting. These programs and ideas are fantastic and are much needed to bolster hunting numbers. But it begs the question, how did we get here? What led to the nationwide decline in hunters?

Old school thinking is part of the problem

Now, we could blame the decline in hunting on things such as TV, video games or any number of other societal/political changes. However, at some point we have to look at ourselves and realize that we have been a big part of the problem. When was the last time that you shared some valuable hunting knowledge with someone other than your hunting buddies? Especially someone that you don’t know, who may not fit the ‘norm’ of what you think of as a hunter? I will admit that I am not blameless. A couple of years ago, I was not thinking about any of these things. My thoughts when it came to hunting were…how can I increase my odds of drawing, or if I found a good hunting spot, how can I keep it secret. If I didn’t draw a license, my thoughts turned to what landowner I knew that I could possibly get permission on or get a tag from. I would imagine many hunters are the same. I can say that fairly confidently because since starting Nada Grande Outdoors, we have been getting flak about the information that we share in our podcasts. People think that if we give away the “secrets” to interpreting draw odds, they will be less likely to draw. Additionally, quite selfishly, hunters think that introducing new hunters will restrict their opportunities to hunt. The only problem is that all the information that we have shared is already out there for public use! There is nothing secret about it! Additionally we understand the underlying reality of hunting and conservation funding. More hunters buying more hunting licenses and hunting related products equals more money for habitat work which leads to greater opportunities to hunt.

As I think back on the conversations we had with Emily and Adrienne when we selected them as ‘Hunt it Forward’ participants, I recognized one of the reasons we are scrambling to get new hunters involved. Adrienne shared with us that for years she has been trying to get someone to take her hunting. When involved in hunting conversations with co-workers or friends, she would often practically invite herself along for a hunt to no avail. Adrienne works in a career that is closely tied to wildlife and natural resources and has plenty of experience with firearms. Her upbringing and career path have brought her in close contact with hunting for most of her life. Even though Adrienne has been in a prime position to excel in hunting, she was never given the opportunity. As for Emily, shooting handguns with her dad on the rare occasion was the closest thing to hunting she ever knew growing up. As was the case with Adrienne, Emily was recently exposed to conversations about hunting with co-workers which ignited a spark of an interest in hunting, but she was never invited to participate. Everyone was either too busy to take someone new under their wing, or quite possibly too intimidated by the thought of having to teach someone from the ground up. 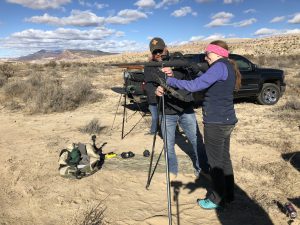 Emily stated that the prospect of getting into hunting on her own was daunting especially since she did not grow up in those circles. One of the main reasons she was interested in hunting was because she wanted to feel a closer connection to her food. She had been contemplating vegetarianism, simply because she thought that if she was going to eat meat, she wanted to know where it came from and the process it went through to be prepared for human consumption. Outside of her backyard chickens, traditional agricultural forms of obtaining meat are not an option for Emily (or most other city dwellers) simply because they do not have the land or space to raise their own beef, lamb or pork for butchering. Emily believed that hunting would be the most economically and logistically viable way for her to meet her goal of providing her own meat that was all natural and organic. She likely would have never gotten into hunting without someone taking her step by step through the process. 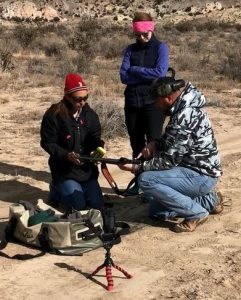 I will make a safe assumption here and say that the vast majority of hunters today have been taught from a young age about hunting. We have had someone there pretty much every step of the way to show us how and what to do. We would be kidding ourselves if we thought a new hunter didn’t need something similar to start and continue in hunting. The question is if we are willing to give up some of our time and talents for the benefit of others and ultimately the benefit of hunting and conservation. The thought of teaching a new hunter from the ground up can be intimidating. The great thing about hunting is that there is such a variety of hunting activities that you can do to introduce new people to our way of life! It could be as simple as taking them hunting small game or upland game birds! These types of hunting typically don’t take a large investment of time or money to get started in. This is not to say that certain people, as was the case with Adrienne, may be in a position to jump right into the deep end with big game hunting. Quite simply this is a call to action. Starting with thinking. A change of perspective is long overdue.